After publishing our comprehensive article on the blog concerning the key digital marketing insights from 2019 to 2020, we have decided to start off the new year by continuing to update you with the most recent trends, events and updates within the digital marketing world monthly. In this post, we are covering all the important updates that took place in January, on the following topics:

To start off, we will take a look at the Google algorithm updates of the previous month.

On January 13th Google came out with the so-called: January 2020, Core Update. It had consequences for many websites and all categories, meaning it was a broad core update. Many were positively affected and it seems like Google is improving at determining the quality of content. Content that has seen a negative result are mostly those assumed deceptive because of misuse of affiliate links. Labelling links in the right amount and having valuable information has become more important than ever before. Either way, there have been SERP fluctuations, which makes it of utmost importance to be aware of the changes. As it happens with most noticeable updates, they have given an overview of what webmasters should know about Google’s core updates.

Important change to the featured snippets and listings

Featured snippets are the answers to the questions users have, which have been deemed most relevant by the algorithm. These snippets are shown at the top of the search result page and taken directly from a website. 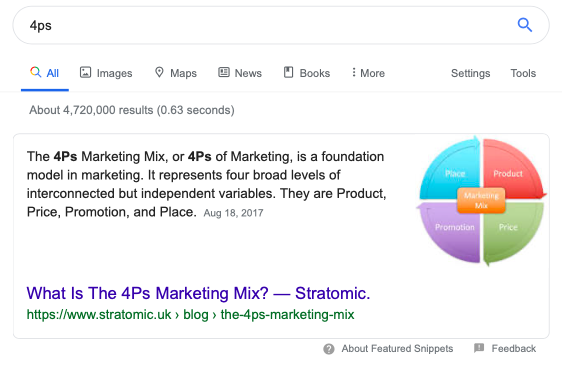 To marketers it is a manner to increase the web traffic without directly using financial resources. But more importantly, for the users it serves as a decluttering tool and helps allocating relevant information. On January 23rd, Google set a new policy in place in which featured snippets will no longer appear again as organic search results for an improved user experience.

Showing the advertisements to the right customer at the right time plays a significant role in the efficiency of it. With the bid adjustment tool, the frequency and timing of your advertisements will be determined by user behaviour. Before actually implementing it, a simulator can show the impact on your performance. Since the update of January 13th, it is possible to use the simulator in a more comprehensive way, demonstrating the possible outcomes when Return On Advertising Spend (ROAS) changes occur.

The rising popularity in video ads comes with necessary improvements to support this medium. On January 14th, Google provided the platform with standard delivery. Through increased mobile website speeds, it is intended to have a positive impact on conversion rates as it is in direct relation. Although it is still optional right now, starting March 31th 2020, it will be compulsory.

Conversion data stored in offline (CRM) systems, can easily be imported directly into Google Ads with the offline conversion tracking released on January 23rd. Especially helpful in case when there are limited resources because transferring such data could be a difficult task.

A continuous growth in the marketing automation industry has shown a lot of potential as one of the most in demand tech solutions. But as new, popular markets evolve, changes are bound to happen.

The use of traditional email marketing is becoming a saturated medium and marketers are aware of the decreasing value of it. As a result, automated, behavioural emails are rising in popularity. While the progression is surely but slowly, a majority does not know how to implement it correctly or even the importance of it. Despite it being a complicated and new approach to reach the users, platforms such as Frizbit are able to provide uncomplicated hyper-personalised marketing automation campaigns for customer retention. If you would like to see how it can improve your overall performance, request an online demo from Frizbit today! 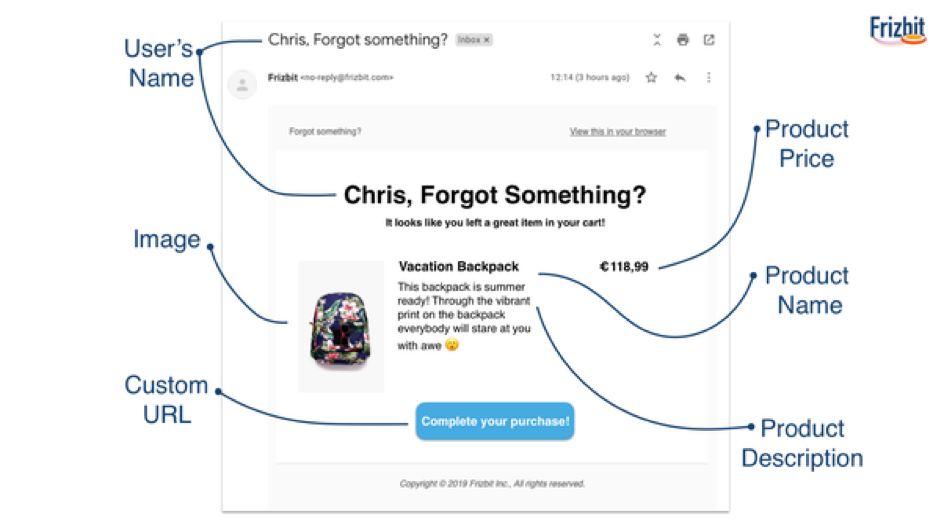 AR technology has been around for a few years now but is still developing and being used in new ways. The most interesting AR products which we can expect or are already released:

Besides AR products, brands have been integrating it with their marketing and trying to create value with the customer. Some clothing stores have made it possible for users to try on the products by showing a visual of the product through the camera of the device. Gucci released an app in which people could choose one of the shoes from the newest collection. By pointing the camera at their feet, users could see the product on their own feet. Below you can see the workings of AR as a marketing tool.

Building a strong and desirable image in the eyes of the consumer by spreading the corresponding content is a vital part of retention. Although it can be hard at times as the consumers and trends are continually changing.

It is believed by many that a blog post should not be too long. But Google has been pushing content creators to do the exact opposite by rewarding more lengthy blogs, specifically those more than 3000 words. The reason behind this is because those long quality pieces turn out to contain the best fitted answers users might have and are looking for on Google. More informative and useful content is highly favoured in the ranking. Some other examples would be an e-book and a whitepaper.

A Graphics Interchange Format, commonly known as GIF, are animated images which are popular among social media users purposed to communicate in a humoristic way through pop culture. By means of a GIF, businesses are capable of informally communicating with the consumer. By using the popular images and applying it to their company, brand or product, the people will resonate with the message and are more likely to share or remember it. GIFs is a supported format by many channels, such as: all social media, email and blogs. According to a survey 36% of millennials prefer visual expressions over words and believe to be able to communicate their thoughts and feelings better this way.

The matches are ending, but the excitement has only just begun. Who are you rooting for in the finals? pic.twitter.com/roFo0CZkW9

In line with the GIFs and the informal ways to communicate with consumers, memes are also used increasingly. Instead of in a .gif format the memes are just still standing images. Once again, regarding pop culture.

the invention of brunch pic.twitter.com/3bpkiq4T3Q

Read about the most important updates in the social media branch. What are the most popular platforms, tools and features?

With the California’s Consumer Privacy Act (CCPA), new regulations have been set for the company Youtube in special regards to data collection of children. Until now this has been a much used medium to collect data from consumers for companies. But especially after the $170 million fine imposed by the US Federal Trade Commision, there has been a shift in the policy. Due to the new and possible future limitations by US laws, companies making use of Youtube’s data collection might consider gathering information elsewhere. Although the future of it is not set in stone, it is definitely worth looking at.

While social media has been providing data cost-efficiently and easily, an increasing demand in transparency and user protection is forcing companies such as Youtube and Facebook to take action. The latest response of Facebook to this, is the addition of new available information to users about the campaigns targeted to them and the option to excluded from those lists. These lists consisting of personal information and interests are used to show the most relevant advertisements. Giving the users to opt-out of lists, decreases the influence advertisers have on to whom and when the ads are shown. 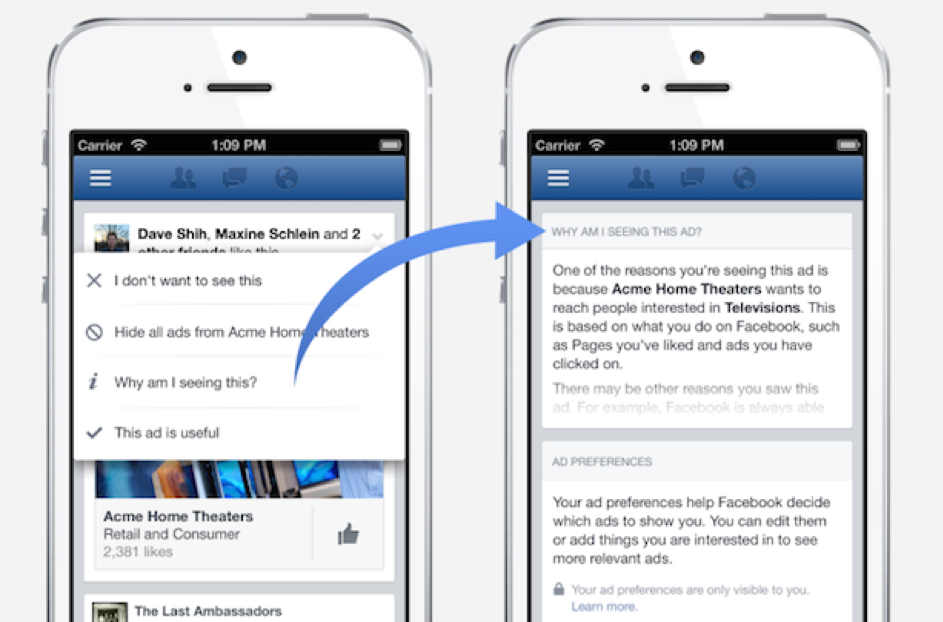 The reach of Whatsapp with more than 1,5 billions users and worldwide popularity, it is a platform with revenue potential. Facebook, which owns Whatsapp, is planning on changing this free-to-use app and inserting some advertisements.

LinkedIn has live-streaming for company pages

Video is becoming a more prominent medium for companies to come into contact with, for instance: consumers and business relations. For individual users it has been possible to live-stream on the platform with LinkedIn Live. However, with the new update of January 15th, company pages also have the ability to live-stream any business related video content they might want to share. To become a broadcaster, one must apply.

These were the things that happened in Digital Marketing in January 2020. Also, read the key digital insights of 2019.